Speak To Our Team \

Almost a year after becoming the CEO at RF-SMART, we sat down with Michael Morales to learn more about him.

Tell us a little bit about yourself.

Michael Morales: I was born in Houston, Texas but grew up in Jacksonville, Florida.  I went to high school in Jacksonville at The Bolles School.  I graduated from Vanderbilt University in 2000 with a Bachelor’s degree in Economics and earned my MBA from Georgia Tech in 2005.

I have been married for 11 years to my wonderful wife Zoie.  We have three children: Chandler (5), Lane (6), and Will (7). I enjoy running, being outside, and also love to read and spend time with my family.

How long have you been with RF-SMART?

MM: I started at RF-SMART in July 2005, so I’ve been with the company 8 ½ years. I started selling RF-SMART in a territory that went as far south as Texas and as far north as North Dakota.  Then, I ran our Equential division.  We focused on mobile time and job cost entry for construction companies.  After my time with Equential, I was responsible for our North American RF-SMART Partner programs.  Finally, in my last role before becoming CEO, I led our RF-SMART for Dynamics AX Products group and was also responsible for selling RF-SMART in Asia Pacific, including Australia and New Zealand.

When did you know you wanted to be the CEO?

MM: When I entered graduate school and knew that I would be joining RF-SMART upon my graduation, I started to think about leading.  At that time, though, I had no idea what I would think about the company and the industry.  It was probably three years into my time at RF-SMART, when my father moved to Chairman and hired a CEO from outside the company, that I really crystallized on the idea that one day I wanted to lead RF-SMART.

Who is your biggest influencer or role model as a leader?

MM: I have two significant role models.  First, my father Jorge is my hero, my boss, my friend and my number one role model.  I have learned from him that: (1) Customers are why we are in business (2) Treat people well; they are our most important asset (3) Make decisions that are best for ICS over the long term (4) Work hard and don’t take things for granted. 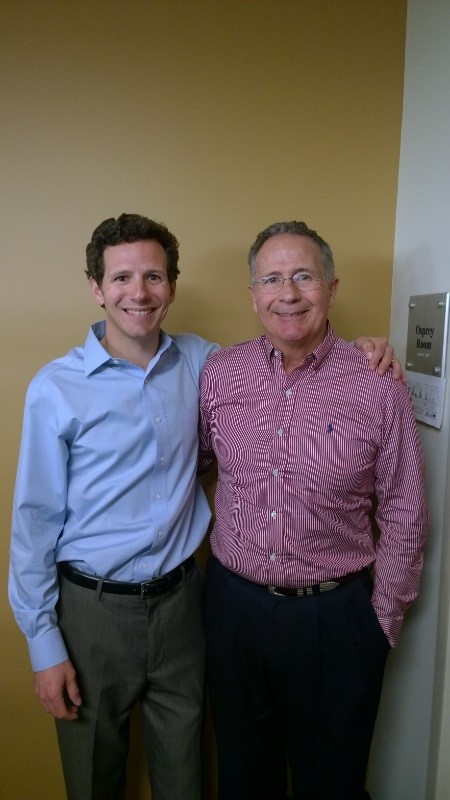 My other significant role model is Andy Stanley.  Andy helped found North Point Ministries and is an amazing communicator on both Biblical topics and applying the teachings of Jesus to leadership practices.  Many of my views on how to treat people in a business come from Andy’s talks and books.

As an influencer of others, what decisions have you made in your career that you feel were the best ones?

MM: The majority of my best decisions relate to people.  One of my favorite examples is that I made a tough decision to let a salesperson go who was under-performing.  I had given him a lot of feedback on how to improve and given him time to make adjustments.  After he wasn’t showing progress or results, I chose to let him go.  The great part of the story is that to replace this salesperson, I hired our future Vice President of Global Sales & Marketing (Stephen Morgan).  When I was agonizing over letting the gentleman go, little did I know that my decision would benefit RF-SMART more than I could have ever imagined.

In that same light, what decision did you learn the most from?

MM: I learn the most from my mistakes.  Sometimes I just plain make a bad decision.  Sometimes I don’t think things through, I don’t trust my gut, or I rush or take too long to make up my mind.  This year, as I was evaluating the success of my significant decisions, the biggest learning point was that I should have made my decisions sooner.  I was taking too long to make a decision where I already knew the right answer.  I encourage everyone to ask themselves what they should be doing sooner.

The interview continues in Part 2

Get a monthly recap of our latest Educational Content.