Ipsun Solar provides a range of alternative energy solutions and turnkey solar panel solutions and installation. Read on to learn how RF-SMART had a large positive impact on Ipsun Solar's warehouse performance by making their transactions take 75% less time. Previously using QuickBooks, the management team at Ipsun Solar decided to implement NetSuite, wanting an all-encompassing ERP to unite their operations. “We chose NetSuite because not only does it provide the functionality we need now, but it will scale with us as our business grows,” said Orestes Tatum, Warehouse Manager. 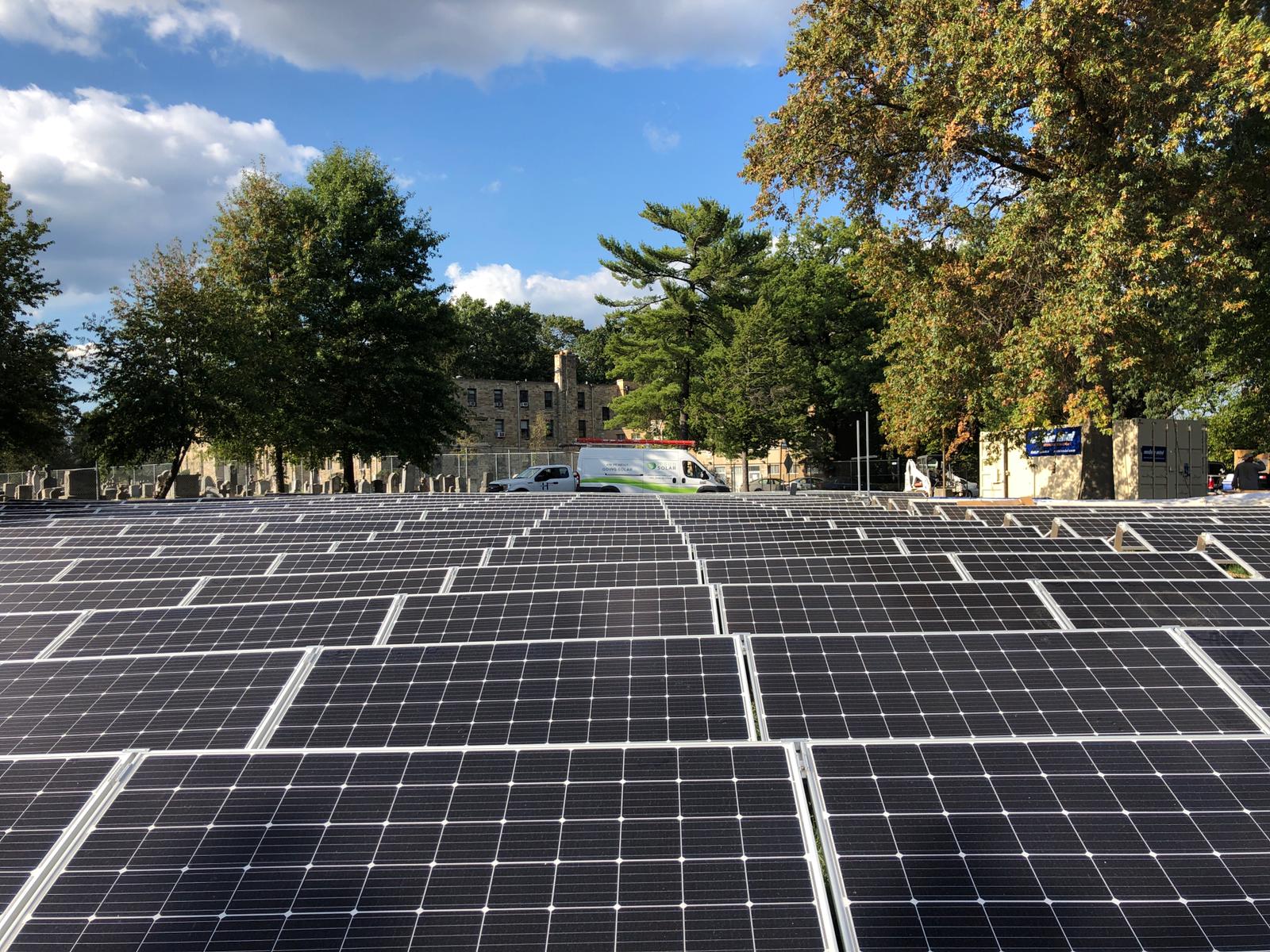 Maintaining inventory and providing sales orders via NetSuite brought new functionality and benefits to Ipsun Solar. When relying on QuickBooks, Orestes and his team often did not know how much total inventory was in stock. But using the dashboards in NetSuite, Orestes is able to quickly see current inventory.

With a successful NetSuite implementation completed, it was time to move onto the next stage in their corporative initiative to utilize mobility. To achieve this, Ipsun Solar purchased handheld devices from RF-SMART to run NetSuite. While the warehouse team was able to complete NetSuite transactions via the handheld devices, Ipsun Solar decided to pursue an inventory management solution designed for mobile devices. RF-SMART was recommended by Blu Banyan and because the demo showcased functionality that matched Ipsun Solar’s needs, they decided to implement RF-SMART.

It was clear that a combination of NetSuite + RF-SMART would provide the ease-of-use and functionality Ipsun Solar needed and eliminate all manual processes. With RF-SMART, they had additional functionality – capturing serial numbers and cycle counts most critical – that was previously unavailable with QuickBooks. NetSuite + RF-SMART would bring valuable efficiencies to their operations.

The warehouse team at Ipsun Solar is using RF-SMART for purchase order receiving, bin putaway, sales order picking and cycle counting. “RF-SMART is so much easier and more efficient,” said Orestes. “We scan as we complete each transaction, and the data is reflected in NetSuite.” Scanning at receiving captures serial numbers, which Ipsun Solar needs for warranty information and was previously managing with manual processes. Efficient tracking of serial numbers via RF-SMART solved one of their top challenges as well as improved customer service.

Using RF-SMART, Orestes and team are completing cycle counts daily. Every item in their inventory is assigned a specific day for counts, so in the course of a week, they count their entire inventory. “We don’t have to stop operations to complete inventories and annual inventory is not a major task because regular cycle counts keep our inventory accurate,” said Orestes.

Using the inventory functions within RF-SMART to reconcile items prior to cycle counts alerts the team to items in receiving bins or negative quantities, which they are then able to trouble-shoot prior to beginning a cycle count. For an operation with a small staff previously managing inventory quantities via spreadsheets, the ease of cycle counting with RF-SMART is incredibly beneficial.

Scanning items doesn’t just make capturing serial numbers and cycle counts easier; scanning via RF-SMART has made Ipsun Solar more accurate. “RF-SMART prompts employees to enter in quantities and serial numbers. If those amounts don’t match, it will not let them proceed. It’s made our processes so much easier and accurate,” said Orestes. “This is a vital process. There are downstream ramifications for incorrect inventory quantities. It negatively impacts sales orders and cycle counts.” But by using RF-SMART, the team at Ipsun Solar avoids those inaccuracies. “I have a sense of security that my inventory is accurate using RF-SMART,” said Orestes.

RF-SMART has also brought efficiencies to Ipsun Solar. “Receiving, picking and cycle counts are so much easier with RF-SMART. It’s really paid dividends because it’s made us more efficient and faster,” said Orestes. The handheld devices are faster to use than entering transaction information into NetSuite via the desktop and the graphic interface is easy to use. “Using RF-SMART has positively impacted performance in the warehouse,” said Orestes. “Transactions now take 75% less time.”

Instead of using paper processes and wasting time locating items within the warehouse, RF-SMART prompts the team at Ipsun Solar to item locations for putaways and picking. “Efficiency is king in the warehouse and that is built into our daily tasks with RF-SMART,” said Oretes. Greater efficiency means Ipsun Solar is saving on labor costs. “We are able to redeploy the time saved with RF-SMART to other tasks,” said Oretes. “These are efficiencies we didn’t have before RF-SMART.”

Ipsun Solar is benefitting from the real-time of RF-SMART to NetSuite, a feature not available with QuickBooks. Orestes can see transactions in real-time in RF-SMART as his employees are working in the warehouse. He no longer has to wait until the end of the day, when information is entered manually into QuickBooks. “RF-SMART + NetSuite show us how much inventory we have,” said Orestes. He can also see the progress of cycle counts by just logging into RF-SMART. “We are up to the minute with RF-SMART and NetSuite,” said Orestes.

Easy to Train, Easy to Use

“We were looking for easy-to-use solution that would render well on a hand-held device and we found that in RF-SMART,” said Orestes. As a bonus, the RF-SMART implementation team scaled the roll-out to be manageable for Orestes and his team. “Our initial training on RF-SMART was extensive and spot on,” said Orestes. Orestes was able to get his warehouse staff up and running on RF-SMART quickly. The team at Ipsun Solar is continuing RF-SMART training with the various channels of customer support offered by RF-SMART.

Did they achieve their goals of finding an easy-to-use mobile solution? The RF-SMART interface is intuitive and streamlined. Color coding within the interface helps keep employees accurate. “RF-SMART keeps employees focused on the task at hand. They see only what they need,” said Orestes. “It is the combination of NetSuite and RF-SMART that has brought us to this stage of efficiencies and accuracy; it was impossible otherwise. It is a big success to have both.”

“We were looking for an easy-to-use solution that would render well on a hand-held device and we found that in RF-SMART.”